Icefall Lodge was built as a skier’s dream. Larry Dolecki’s dream, to be exact.  After years of guiding around British Columbia, the Alps, the Himalayas and the world, Larry Dolecki began trying to bring together the best aspects of the many different places he has guided.  After years of searching, he found Icefall.

In 2005 and Icefall Lodge was created on more a tenure of 50,000 acres of spectacular terrain.  According to Larry, “We more or less just built a hut and worried about the business side afterward.  We figured the worst-case scenario was that we had a ski hut in a cool location even if it didn’t make money.” The focus on skiing first, business second has continued, and Larry continues to guide many of the groups at Icefall personally.

However, terrain like Icefall’s draws skiers and the business has done well.  Since then, Larry has built four more huts: the Mons Hut, the Lyell Hut, the Rostrum Cabin and the Alexandra Cabin.  These four huts near Icefall Lodge allow for overnight trips for groups based at the lodge. The Alexandra Cabin can be used as a stand-alone destination. They also allow for a spring traverse between the four huts and the lodge.

In 2015 he built Snowfall Lodge in an entirely new tenure south of Rogers Pass. He has a couple of other ideas for places to build ski huts.

Did you know we also offer international ski trips? Join Larry Dolecki on the Haute Route, the Berner Oberland or the Ortler Traverse and enjoy some of the best skiing and scenery the European Alps has to offer!

All guided trips are led by certified ski or mountain guides. The certification is through the International Federation of Mountain Guides Association IFMGA, or the Association of Canadian Mountain Guides ACMG. This is the highest level of guiding available. A guide will help you get the most out of your ski week. The complex nature of the terrain makes the local knowledge all the more important. 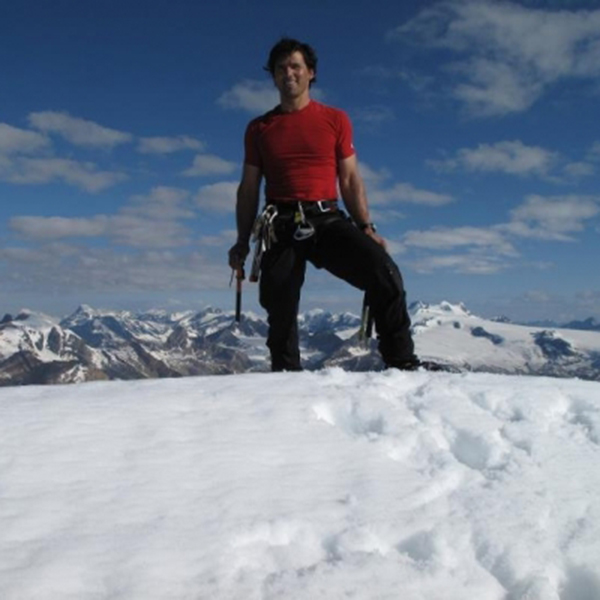 Larry Dolecki is the owner and head guide at Icefall Lodge. He is a fully certified mountain guide (IFMGA/ UIAGM and ACMG) and has travelled to ski and climb in many of the great mountain ranges in the world. Larry grew up in Calgary and spent much of his youth climbing and skiing in the mountains around Banff. After completing a degree in Economics at Queens University, he returned to the mountains to pursue his passion. He regularly leads ski trips to the Alps, guiding hut to hut classics such as the Haute Route, Berner Oberland, or Ortler Traverse. Other far away destinations include the Himalayas, New Zealand and Peru. Despite 15 years of heliskiing, Larry has avoided the “helibelly” by guiding trips at many of the backcountry lodges in British Columbia, including Selkirk Lodge, Battle Abbey, Golden Alpine Holidays and Fairy Meadows. Icefall Lodge has offered Larry the opportunity to bring together the best aspects of the many different places he has guided. 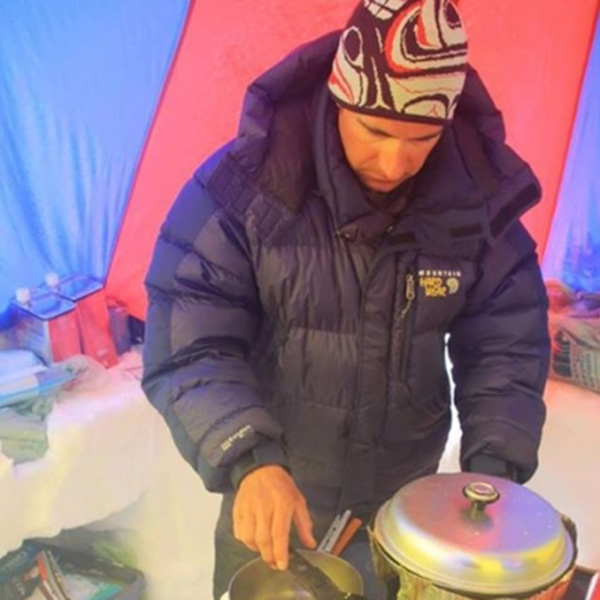 Pierre is a Mountain Guide certified by the Association of Canadian Mountain Guides (ACMG) and the International Federation of Mountain Guides Association (IFMGA/UIAGM). He has been with Icefall Lodge since its first year of operation. His winters are split between heliskiing near Revelstoke and ski touring at Icefall. In springtime Pierre guides ski mountaineering and ski traverse trips in the Columbia Mountains of BC as well as the French, Swiss and Italian Alps. His summers are busy with alpine climbing and rock climbing trips in the Coast Ranges of BC, as well as occasional guiding in the Canadian Rockies and the European Alps. Pierre is a Professional Member of the Canadian Avalanche Association (CAA), is a Telemark Level 1 instructor, has a Bachelor of Music Degree from the University of British Columbia and is fluent in French and Czech. He is currently based out of Beaton, BC, where he lives with his wife off grid in a small cabin. 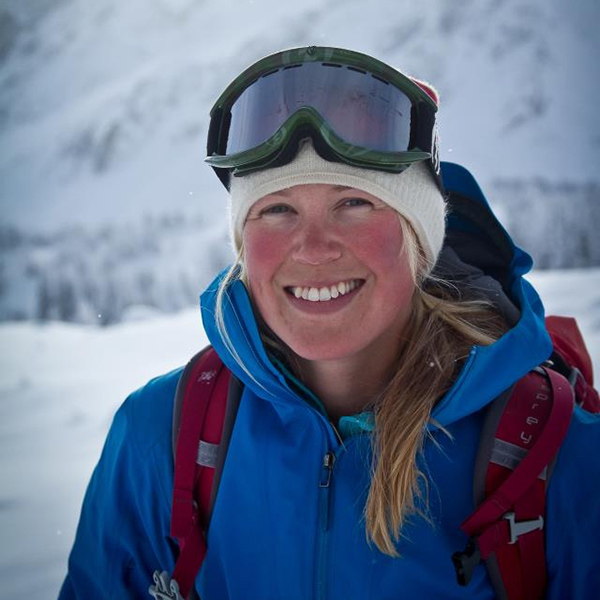 Emelie was born and raised in Sweden and came to Canada in 2004 to experience powder skiing in the mountains of BC. She was immediately hooked and immersed in the Canadian mountain culture. After graduating from Thompson Rivers University with an Adventure Guide Diploma, and a Bachelor of Tourist Management she moved to Revelstoke, BC to pursue a career as a guide. Since then she has completed the ACMG Ski Guide certification and spend her winters heliskiing, catskiing and ski touring. In the summertime Emelie works as a hiking guide and travels extensively to Sweden, the Alps and other great ranges of the world to pursue her big passions; skiing and climbing. She completed at the first traverse of the Fedchenko Glacier in Tajikistan. She also led a mountaineering trip in Afghanistan for Afghan women. Emelie has been with Icefall since 2008 and is looking forward being back sharing the amazing ski experience at Icefall with everyone. 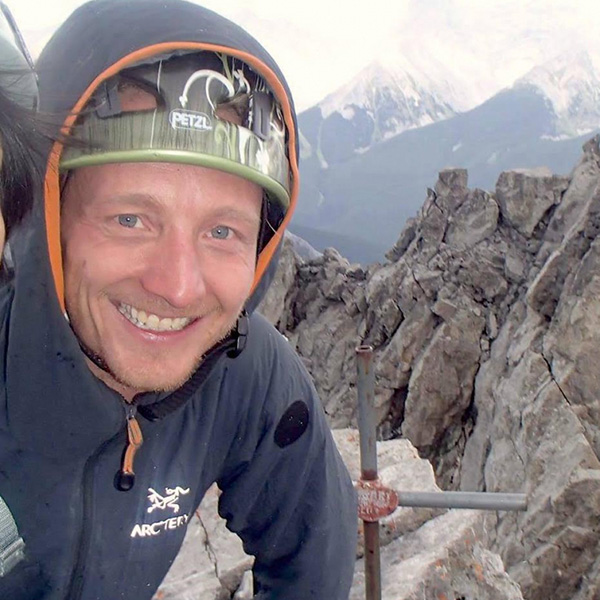 Florian is first-generation Canadian, his parents immigrated to Calgary from Switzerland, bringing with them a deep tradition of mountain culture and a strong penchant for cheese. Florian grew up speaking Swiss German, eating fondue, and ski touring in the Rockies from a young age. His path strayed a bit, taking him through an architecture degree and an office job in the city, but he is back living in the mountains pursuing the dream of summits and snow. Florian is certified as an ACMG Ski Guide. 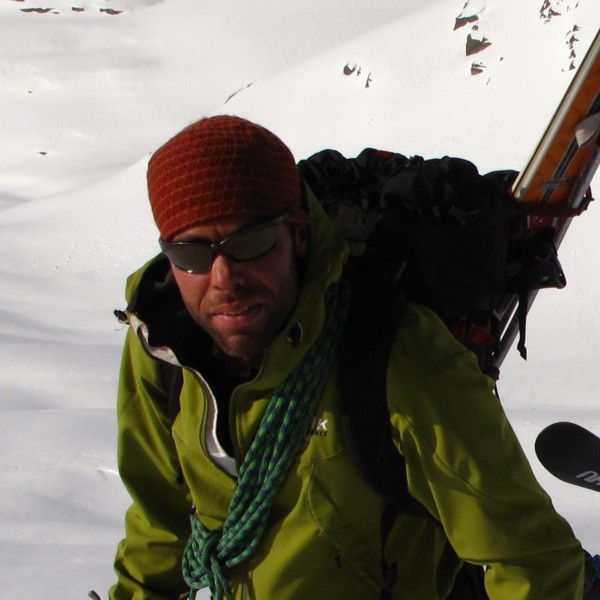 Corin lives in Fernie BC with his family, and has been involved in guiding and caretaking at Icefall Lodge for three years. His career began as a ski instructor in Colorado where the Rockies inspired his goal of becoming a ski guide. He has since worked on ski patrol at Fernie Alpine Resort, and has been focused on seeking out new and challenging terrain to explore throughout the mountains of Western Canada. Corin is an ACMG Ski Guide, and enjoys sharing his passion for backcountry skiing with others. In the summer, Corin spends his time raft guiding on rivers around Fernie, and doing environmental work. He is also an avid climber, having ascended peaks in the Rockies and Sierra Mountains. Corin is fluent in both French and German. 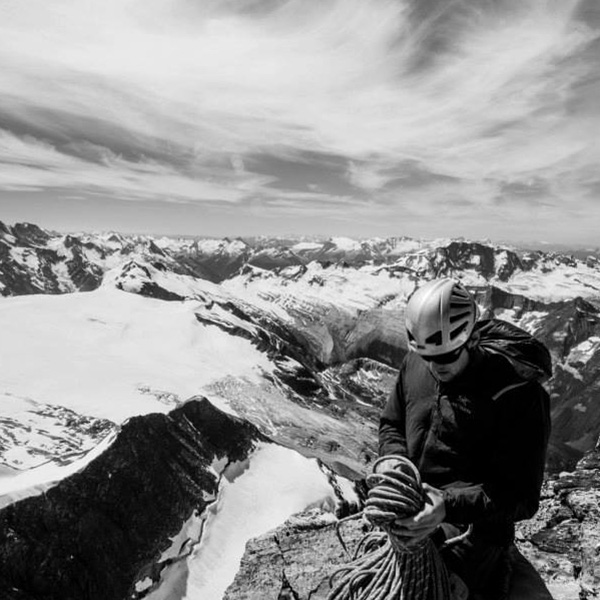 Geoff Osler grew up in Calgary where he was exposed to the mountains and skiing from day one. Geoff has ski toured extensively in Alberta, B.C. and the Yukon as well as trips to the European Alps. He currently resides not far from home in Banff. After many winters of work in the avalanche control department at Lake Louise, he now spends his winters cat skiing or ski touring. Geoff is a fully certified IFMGA Mountain Guide. He has been with Icefall Lodge since it’s start and helped with the initial construction of the Lodge. 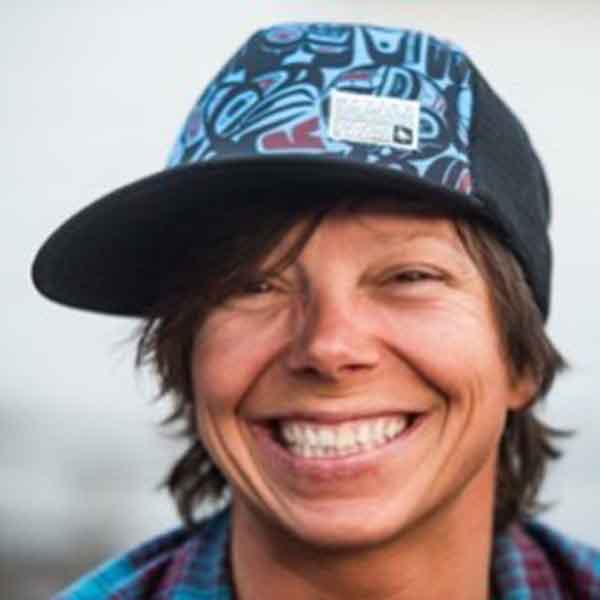 She goes by Froggy and can speak French but Jana grew up in a small mountain town in the Czech Republic. She was a member of Czech Nordic-skiing Junior Team, however deep snow across the mountains was more interesting than groomed trails for her. Throughout her student years she spent as much time as possible skiing, climbing and biking in Czech and the French Alps. After graduating a masters program of Sport and Leisure time Management on Palacky University in Czech Republic, she came to BC. After tasting Canadian powder she never went back. Jana is an ACMG Apprentice Ski Guide and Assistant Hiking Guide. She spends the summer backcountry horse wrangling and hiking guiding. In the winter she splits her time between heliskiing and ski touring. Jana can speak with you in English, French, Czech , little German and Spanish as well.

Geoff Osler grew up in Calgary where he was exposed to the mountains and skiing from day one. Geoff has ski toured extensively in Alberta, B.C. and the Yukon as well as trips to the European Alps. He currently resides not far from home in Banff. After many winters of work in the avalanche control department at Lake Louise, he now spends his winters cat skiing or ski touring. Geoff is a fully certified IFMGA Mountain Guide. He has been with Icefall Lodge since it’s start and helped with the initial construction of the Lodge. 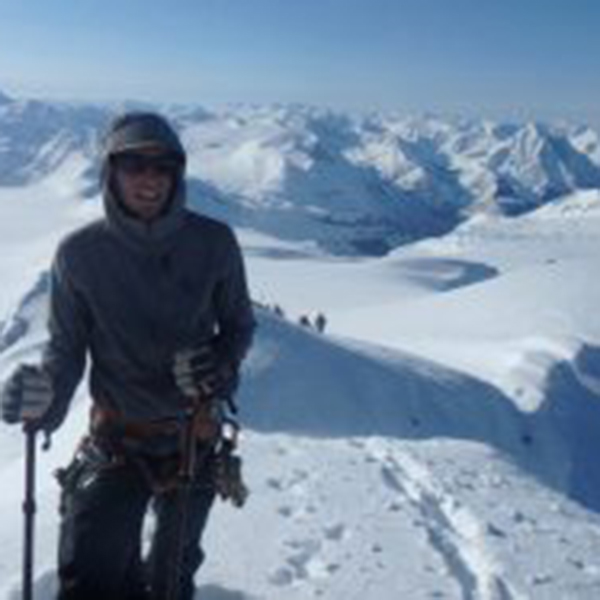 Andrew grew up in Sicamous BC and began ski touring at the age of 14 in the Monashees and Selkirks near his home. By the time he was in highschool, he was logging 60-70 days a year in the backcountry. Since then skiing has been his passion and has taken him to most of the major mountain ranges in Canada. In 2012 Andrew decided that he wanted to turn his passion into his career and began the long process of becoming a certified Ski Guide. Now an ACMG Apprentice Ski Guide, and a Canadian Avalanche Association Professional Member, Andrew works primarily as a Ski Touring Guide. After a couple of summers jumping from airplanes to fight forest fires he mostly works construction. He has built his own house and helping with the building of Snowfall Lodge. 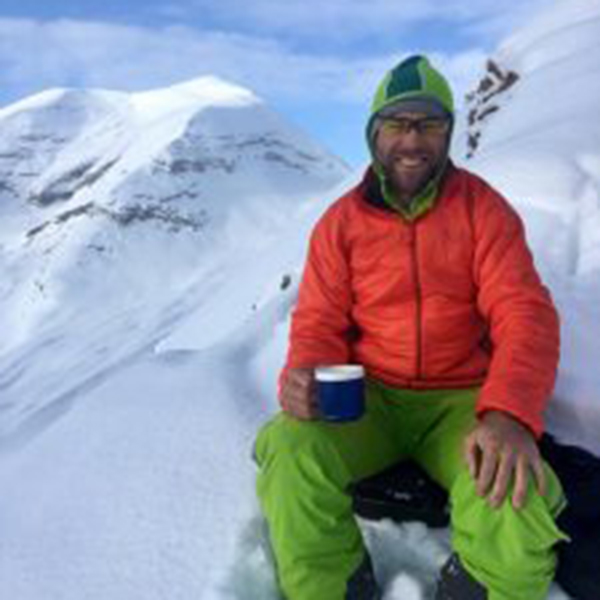 Alex is an ACMG/IFMGA certified Mountain Guide living in Revelstoke, BC. He started his career guiding Catskiing in Chile in 2006, after becoming fed up with working in a basement office in London as a Mechanical Engineer. He has been guiding ski touring full-time during the winters since 2009, because he enjoys breaking trail about as much as skiing back down. Alex mostly works in Canada, but loves to travel and guide skiing and climbing in other places such as Europe, South America, New Zealand and the Himalayas. Alex used to work as an Internationally Certified Ski Instructor, and is is also certified as an Alpine Race Coach (CSCF Level 2). Not your typical resume for an Aussie. 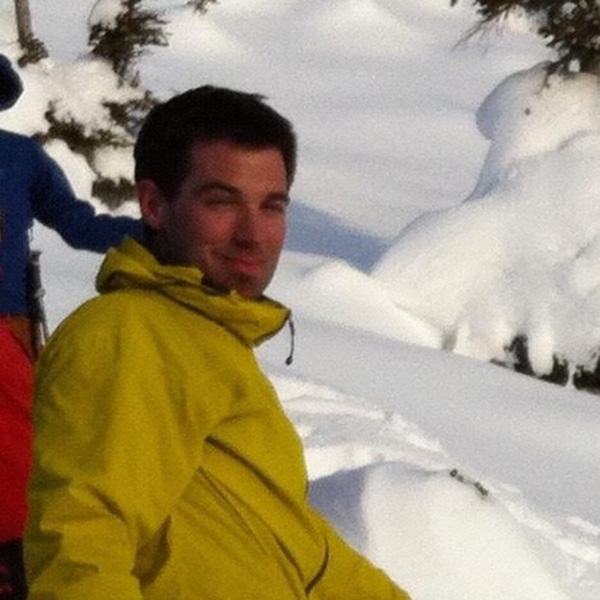 Originally from the Basque Country (Spain), I grew up surrounded by the mountains where I spent most of my free time climbing, hiking, running and skiing. After completed a degree in electronic engineer in 2007 I came to Canada to travel, ice-climb and ski. Once I discovered the mountains and the powder skiing around here I was ready to change my career and to become a ski guide. Currently, I’m an ACMG apprentice ski guide based on Revelstoke where I also work as a heli-ski guide. In summer, I work as a heli-hiking and hiking guide around Revelstoke and the Rockies as well as ski guiding in Argentina and Chile. Ski touring is one of my passions and Icefall lodge is an incredible playground for that. I’m fluent in French, Basque and Spanish. I’m looking forward to sharing powder turn at Icefall with you!

Send us an email; we'd be happy to answer any questions you might have. If you would like to make a booking at one of our lodges, first check out our availability calendar, then head over to the booking page and fill out your trip request in the form there!

Availability
Thanks for reaching out. We'll get back to you shortly!
Oops! Something went wrong while submitting the form.

Find Us On Social Media